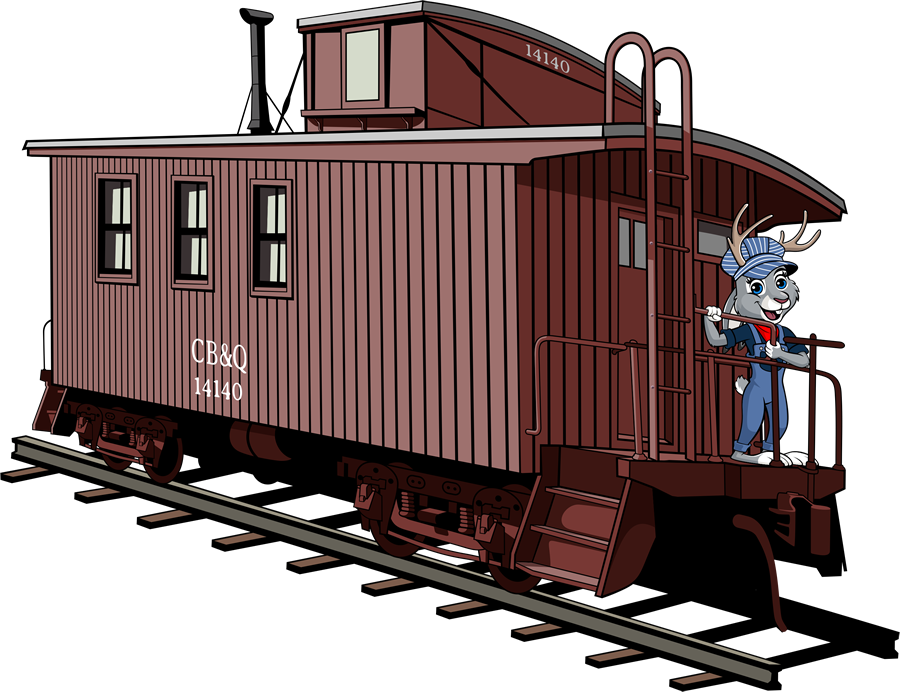 The oldest piece in the display, this car was built by the Burlington and Missouri River Railroad in the company shops at Plattsmouth, Neb., in 1884 at a cost of $1,023 as a mainline freight caboose. It was rebuilt and modernized with new brake equipment in 1912 as a branch line caboose for use in Nebraska and Kansas.

The car was numbered #14140 during its service life. In its current branch line configuration, the car was used as sleeping quarters at the end of branch lines by the train crew. There is no evidence that the caboose was ever used in service through Douglas.

This caboose was restored in the Burlington’s shops at Havelock, Neb., in the winter of 1958 and arrived in Douglas in April of that year.

Car #1886 was built at St. Louis Car Company in 1884 as part of an order for 10 short 60-foot coaches for services on the so-called “Cowboy Line” of the C&NW being built at the time through Douglas to Lander, Wyo.

The car was rebuilt in 1915 by American Car and Foundry Company at Jeffersonville, Ind., at which time the car had steel sheathing installed over the wooden siding and electric lights installed inside the gas lights. These fixtures were removed in 1948 and the car was displayed at the Chicago Railroad Fair, presented at the current site of McCormick Place on the lake front in downtown Chicago.

The coach operated in many famous North Western passenger train assignments from 1915 to 1931, such as the North Western Ltd., Victory, Corn King, Viking and Black Hills Express. In 1932, it was assigned to suburban service in the Chicago area where it continued in operation until 1961.

The car was donated to the State of Wyoming in 1962 and acquired by the City of Douglas in 1993. 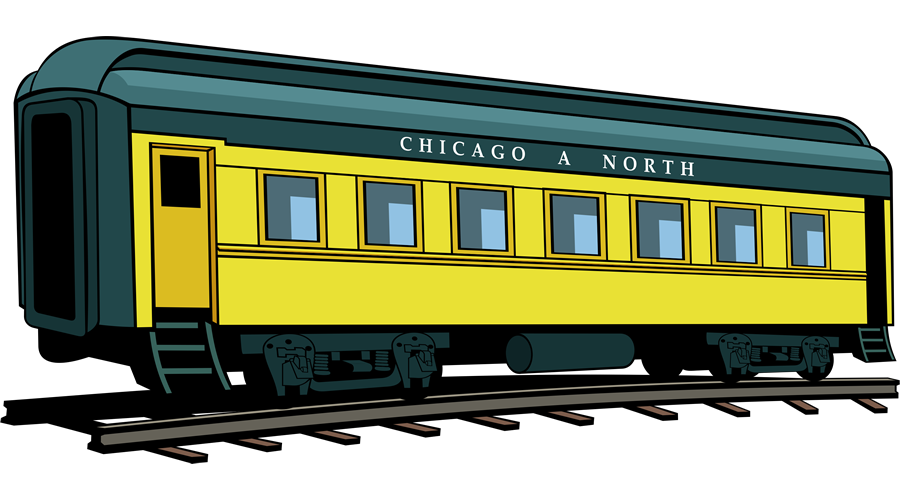 This car was built by the Budd Company at Philadelphia, Penn., as a 48-seat diner in March 1947. It was part of an order for new stainless steel passenger cars for system-wide service. It was named “Silver Salver” and was numbered #196, later Burlington Northern #1160 and was used briefly in business train service.

The most common assignment was on the morning and afternoon Zephyr trains between Chicago and Minneapolis. The car may have passed through Douglas on CB&Q train #29 & #30, the Omaha to Billings through train in the early 1950s. The car was not selected for service on Amtrack and was retired in 1972.

The car was built by Pullman Standard at Pullman, Ill., in December 1950 as part of an order for eight sleeping cars with 16 duplex roomettes and four bedrooms. It was assigned to the Western Star, their secondary Chicago to Seattle train. With a capacity of 24 passengers plus the porter, the car saw service system wide.

The car was named “Augassiz Glacier” and was numbered #1182 through its career. It was in regular daily service until the formation of Amtrak in April 1971. The car may have been used in Burlington Northern business trains on one or two occasions, but was retired in 1972.

It was donated to the State of Wyoming in May 1974, with the City of Douglas acquiring its title in 1993. 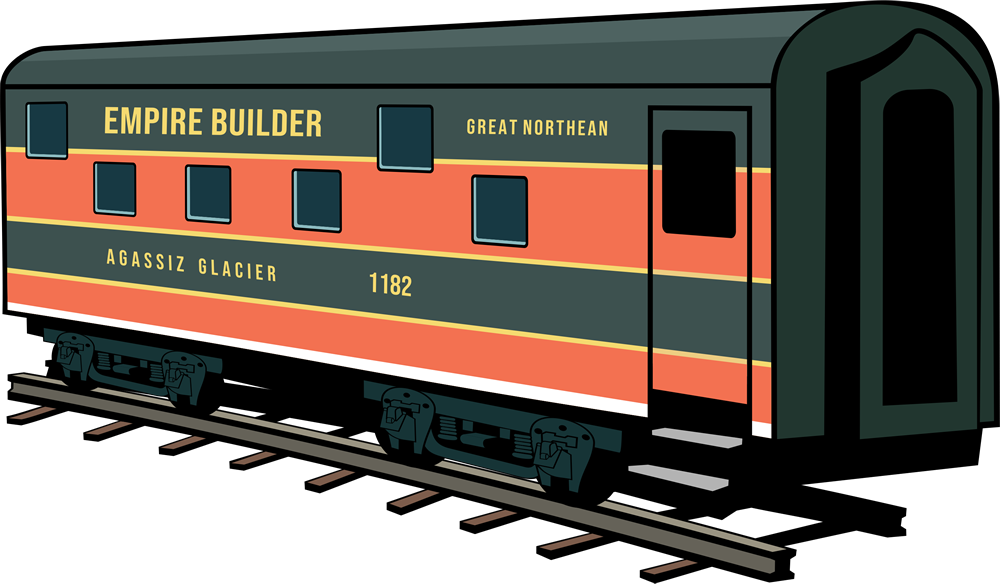 The car was configured as a working mail car and handled mail, passenger baggage and fresh produce. It saw service system-wide and may have passed through Douglas as part of mail trains #31 and #32, the night Denver to Billings mail train nicknamed the “Night Crawler” by employees.

This car was built by Western American Car & Foundry Company in Seattle, Wash., in July 1914 for the Union Pacific Railroad subsidiary Oregon Short Line as a box car and was numbered as their #120579.

The car was used to haul sheep and/or pigs and was used system wide. It could have passed through Douglas in CB&Q (C&S) general freight trains. 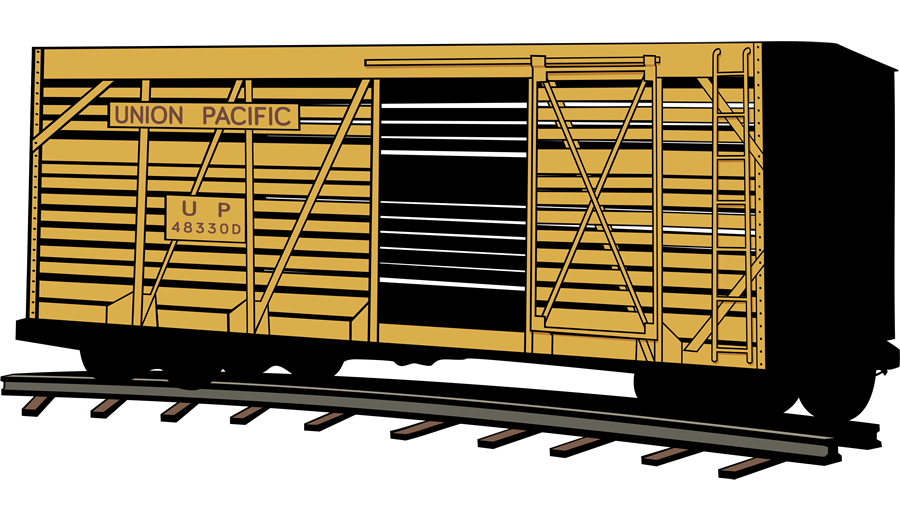 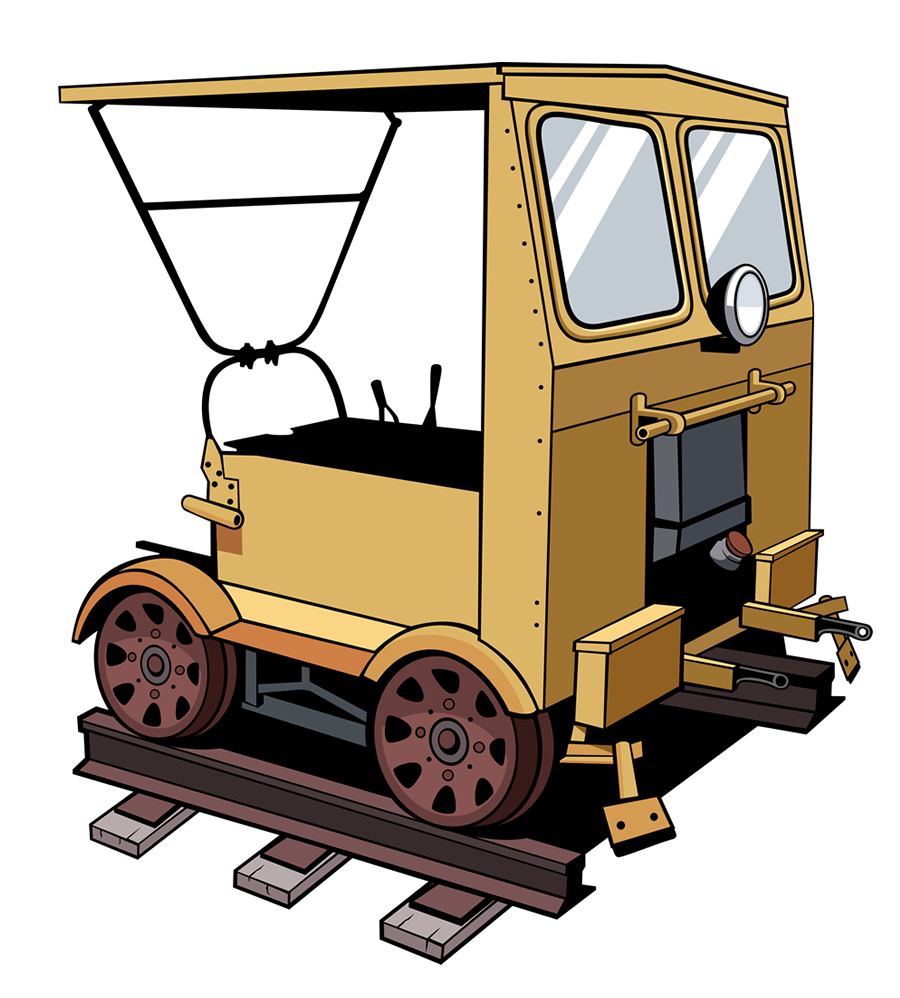 It was originally sold to Union Pacific Railroad and later to the Colorado & Southern as a track inspection car, probably for use by the track foreman in Casper. Little else is known about this unit.

This massive steam locomotive was donated to the people of the State of Wyoming by the Chicago Burlington and Quincy Railroad Company. It was moved dead-in-train from Galesburg, Ill., to Orin, then via C&NW Railroad to Douglas in April 1962. Title was transferred to the City of Douglas in 1993.

The locomotive was built in the CB&Q shops at West Burlington, Iowa, in September 1940 as one of the last class of steam locomotives on the Burlington. It was part of an order for 28 317-ton units that were identical when built and were assigned Class 05-A. They were designed for fast freight and heavy passenger service. Baldwin Locomotive Works supplied the boiler and General Steel Casting of Chicago supplied the one-piece engine beds (frames). The locomotive has roller bearings and Baker Valve Gear.

The locomotive saw service system wide on CB&Q but evidence indicates #5633 was not operated on the Colorado & Southern through Douglas. It was in service until 1956, then stored at Lincoln, Neb. 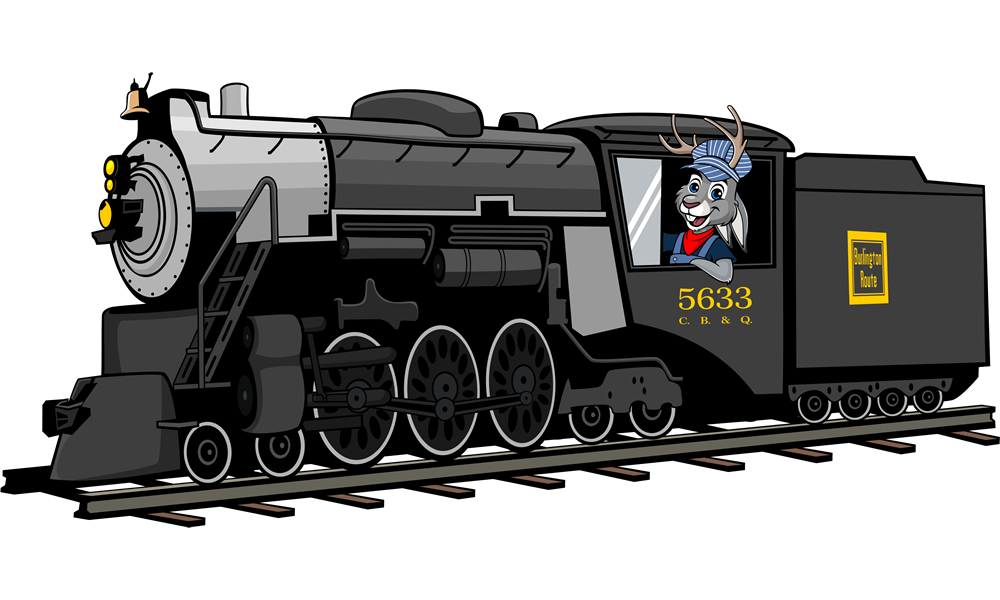 We hope you enjoyed your virtual visit to the Douglas Train Depot!