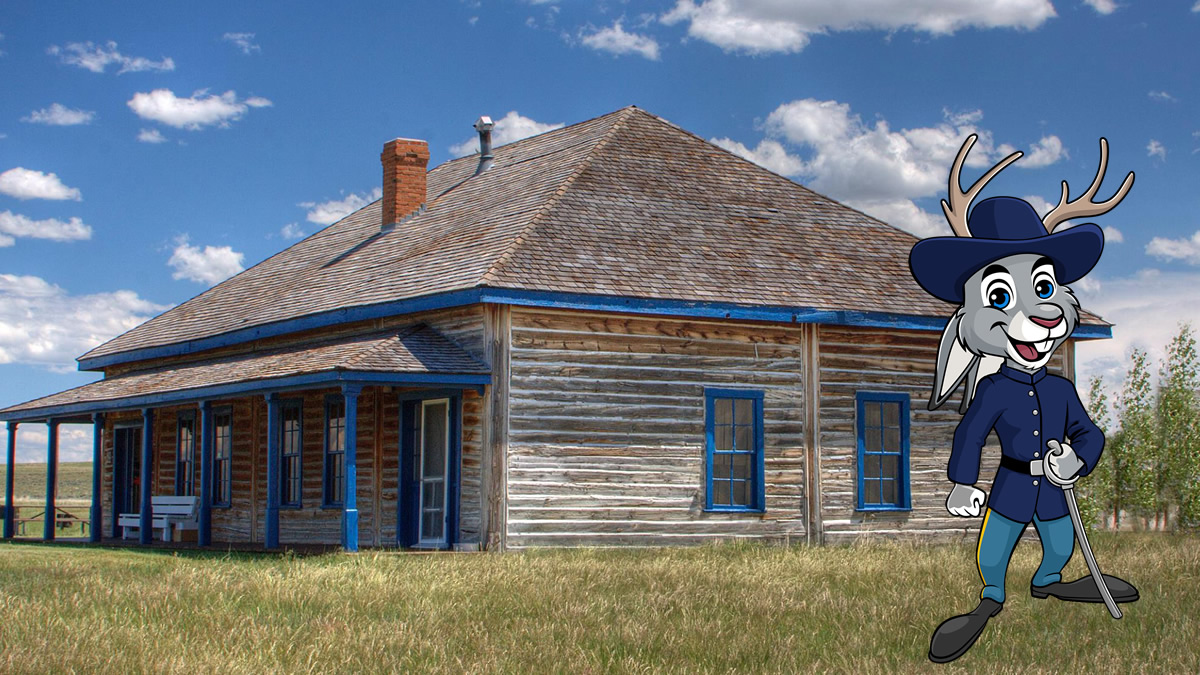 Fort Fetterman, located approximately eleven miles northwest of Douglas, is situated on a plateau above the valleys of LaPrele Creek and the North Platte River.

Walk the grounds where interpretive signs tell the story of the fort that was abandoned in 1882. A restored officer’s quarters and an ordnance warehouse are original buildings. They stand among the many visible foundations of the Fort and Fetterman City. These two buildings house interpretive exhibits and artifacts of the Fort’s history, Fetterman City, and its Indian predecessors.

Fort Fetterman was established as a military post on July 19, 1867 — due to the hazardous conditions that existed on the Northern Plains at the close of the Civil War. Civilization was advancing across the frontier along the line of the Union Pacific Railroad, and the fort was needed as a major supply point for the army operating against the Indians.

On July 31, 1867, the post was named Fort Fetterman in honor of Captain William J. Fetterman, who was killed in a fight with Indians near Fort Phil Kearny December 21, 1866.

During the mid-1870s, Fort Fetterman reached its pinnacle of importance when it became the jumping-off place for several major military expeditions. But with the movement of Native American populations to the Reservations, the Fort was no longer needed.

The Community of Fetterman City & the Birth of Douglas

When the military abandoned the fort in 1882, it did not die immediately. A community grew up at the post and after 1882, it was an outfitting point for area ranchers and for wagon trains. The boom was short-lived, however, and in 1886, the town of Douglas was founded a short distance to the south. The old fort, in a state of decay, lost out as a town and declined rapidly. Most of the buildings were sold, dismantled or moved to other locations. Walk the interpretive trail where signs describe the historic site and lead to a gazebo overlooking Crook’s Camp and the Indian country to the north.

The site provides several picnic areas and a shelter for group or individual use. You can also enjoy geocaching, browsing the on-site gift shop, or exploring the visitors center and museum. There are also several walking paths to stretch your legs!

Fort Fetterman Day is held at the site every July 4, and features fun and entertainment for families.

Fort Fetterman, located approximately eleven miles northwest of Douglas, is situated on a plateau above the valleys of LaPrele Creek and the North Platte River. Fort Fetterman is open to the public from Memorial Day thru Labor Day. A restored officers' quarters and an ordnance warehouse have interpretive exhibits and artifacts of the fort's history,